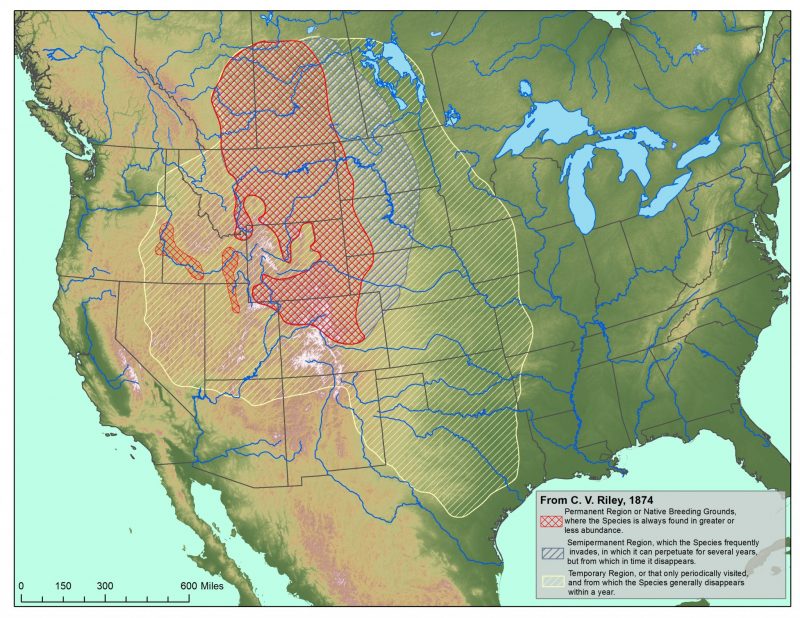 Here in Yellowstone country, we are justifiably proud of our bison, the last remaining continuously wild of the millions that once roamed the Great Plains. At the time of European occupation, there were an estimated 20 to 30 million bison, which amounts to an astounding biomass of, perhaps, 21 million tons! The great buffalo herds, however, were not the most abundant of animals at the time Lewis and Clark first set eyes on the Mountain West. There was another animal, individually less imposing, but in aggregate that far exceeded bison as measured by numbers, biomass, or any other way you please. Melanoplus spretus, the Rocky Mountain locust, would, occasionally sweep onto the Great Plains out of the high mountain valleys of the West like conquering hordes – trillions of them in truly biblical proportions. If that is not amazing enough, this, the most abundant animal ever to live on earth, became extinct in a few short decades. Jeffery Lockwood, professor, philosopher, and raconteur extraordinary relates this fascinating story, and the lessons it may hold for another currently superabundant organism (us).  Read Jeff’s article here. 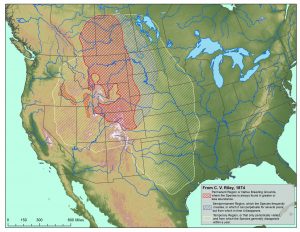 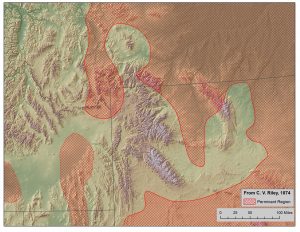